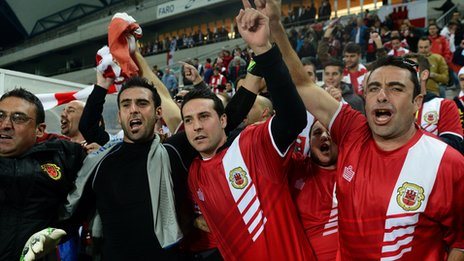 Well it looks as though Gibraltar aren’t destined to become a Worst in the World as they sealed a magnificent 0-0 draw with Slovakia in their first official international.  Official in terms of being a UEFA member that is.  They aren’t members of FIFA so technically wouldn’t have a world ranking anyway, but avoiding defeat means there is no debate about whether they are one of our basement boys or not. END_OF_DOCUMENT_TOKEN_TO_BE_REPLACED

While we are yet to know if FIFA will accept Gibraltar as a full member, and therefore give them a World Ranking, UEFA’s newest national team have announced their first set of official UEFA sanctioned fixtures.

These matches are preparation for Gibraltar’s first foray into European Championship qualification, the draw for which will take place early in 2014. END_OF_DOCUMENT_TOKEN_TO_BE_REPLACED